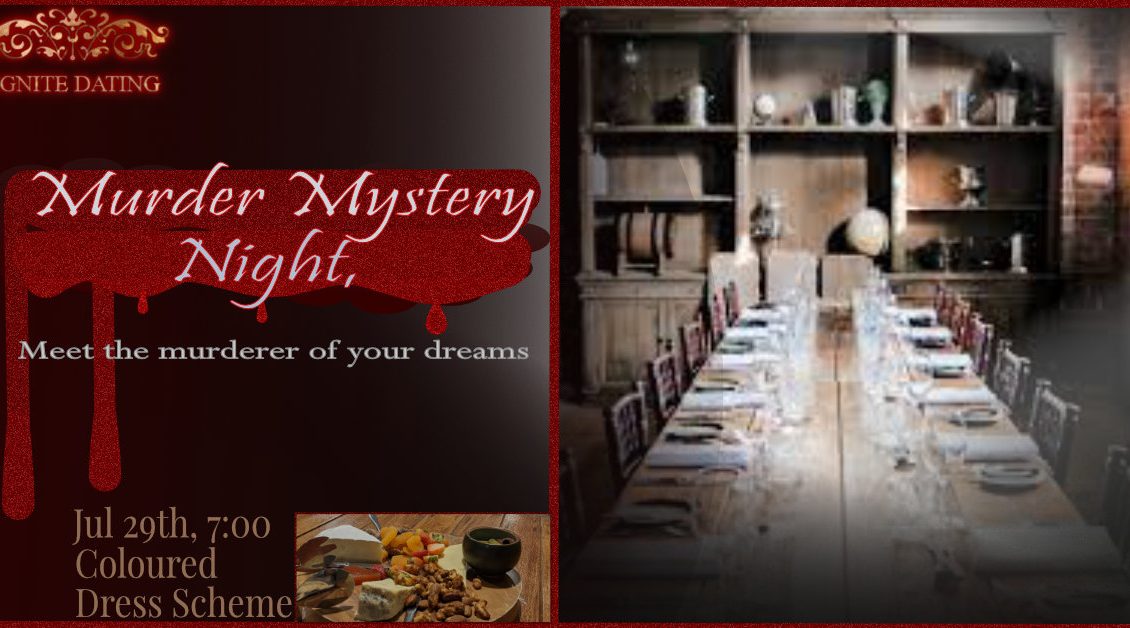 Meet the murderer of your dreams!

After a bit of a dress-rehearsal on the weekend, we have finalised the main murder-mystery game we’ll be playing this Friday:
Circa 1863 at the height of the civil war, Colonel Omaha, the mayor of Montgomery is found collapsed on the floor with a gaping wound to the back of his head. Who was responsible for this unprovoked act of brutality? Was it the local real estate mogul who doubles in slave trading? Perhaps the Colonel’s doctor who was once the Colonel’s steady supplier of opium? The recent emissary visiting from France, the disgruntled chef, the gardener with ties to the north, or any of a number of other characters seated around you… By carefully observing the clues and navigating a number of puzzling mysteries, together you must solve this heinous crime; and time is of the essence as the murderer has just struck again! This murderer is not hesitant to act clinically and is aware that you know too much – if you don’t correctly solve this crime you may not make it through the night!

Welcome to a night like no other, where not only will you meet a room full of sophisticated, mysterious socialites, you’ll be paying particularly scrutiny to each one – as they may be the murderer you are looking for! We’ll play a couple of different games throughout the night, with a break for a shared cheese/charcuterie platter in between.

Baedeker is run by Wine & Dine’m who in 2019 were national caterer of the year, no mean feat competing with all the venues down south! For this night, we have the private Sun room which is upstairs (on the right side of the above graphic). Baedeker has a classy, nostalgic ambiance and they even have a sliding-bookcase secret door! This room is limited to 16 people, so we’ll aim to have 8 women and 8 men there on the night.

Harassment and other social misdemeanours are not tolerated in this group. This will be a safe, pressure-free space…you are welcome to come and see the organisers about any concerns. We’ll have at least two hosts there on the night.

You have lots of photos of people on your website - will I be photographed if I attend an event?

There are many competining 'businesses' out there on the internet that are borderline scams, (often from overseas), so we strive to show you that we are the real dea with media both on our webpage, Facebook page and Instagram. Reviews also help!

In conclusion - you don't have to worry about being photographed.

I matched with a Nigerian Princess on tinder and have changed my mind about coming speed dating, what is your refund policy?

A: As in a way the customers are the product, we can't operate with a refund policy when people change their minds. However if you are unable to attend for reasons such as having covid-19, you can use your payment as credit for other events. Send us a contact on our contact page. If the singles event is cancelled due to something like a global pandemic, we will of course offer a prompt refund.

I have multiple tickets in my cart and need to remove some before the checkout process, help!

The cart is located in the top right hand corner of the screen (under the = menu on a phone). Click on that and then you can delete tickets in your cart.

All of my friends are married and I don't have anyone to come with! Do many people come by themselves?

This is a very frequently asked question (unlike some of the others :) ). Yes we do have many people coming by themselves - our events are a great place to make mates as well as dates!

But we understand that it can be difficult turning up by yourself so sometimes we'll have a pre-event meet and greet for people who come by themselves. Ask us if we can organise one for you if you're coming by yourself and would like to make some friends first!

I'm coming to one of your amazing speed dating events in Brisbane and am wondering what to wear?

Dress to impress - it's not the door man's judgment you need to worry about, it's the person sitting opposite you. For a more in-depth response on what to wear speed dating in Brisbane, click here.

I was the high school prom queen, and none of your speed dating customers look like Channing Tatum, can I get a refund?

Give people a chance! Matching someone isn't an engagement - it simply allows you to continue your conversation past the six minutes. You aren't even committed to a date once you match. And no.

What is speed dating and how does it work?

Speed dating allows you to meet 10 or more people in a short amount of time (hence the word speed). The host will time each date (6-8 minutes) and ensure everyone moves on to the next person. Often you can get a feel for a person's energy very quickly face to face, whereas it may be impossible after communicating online for weeks, if not months.

At a speed dating event in Brisbane you'll fill in a match card (ticking a person is like swiping right) which you'll hand in, and the following day you'll be informed of your matches, and what their (chosen) contact details are. You can choose to match a person as 'date' or 'friend' (or neither). If one person looking for love ticks date, and one happy with a friendship ticks friend - you will each be matched as a friend. Therefore we request that you don't ask people you are speed dating for their contact details, as it is unnecessary and may put dates 'on the spot'.

When do we receive our matches for speed dating?

We always send your matches in an email the next day. If you don’t receive it on the next day, feel free to message us why – some customers have been known to enter their email address incorrectly.

That guy at your speed dating just looked at me weird, and now you're going to give him my phone number?

We only hand out contact details at speed dating when BOTH parties match with each other. So unless you matched with your date you have nothing to fear. If one party ticks ‘date’ and one ticks ‘friend’ you will be matched as a friend.

You have lots of photos on your website - will I be photographed if I attend an event?

There are many competining 'businesses' out there on the internet that are borderline scams, (often from overseas), so we strive to show you that we are the real dea with media both on our webpage, Facebook page and Instagram. Reviews also help!

In conclusion - you don't have to worry about being photographed. 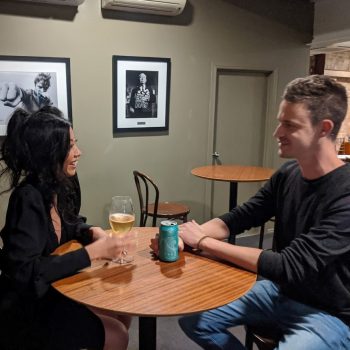 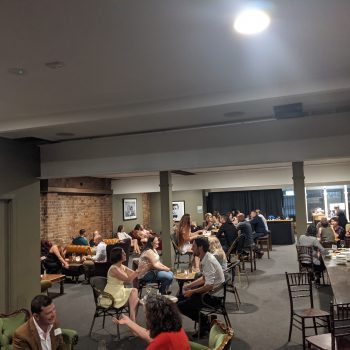 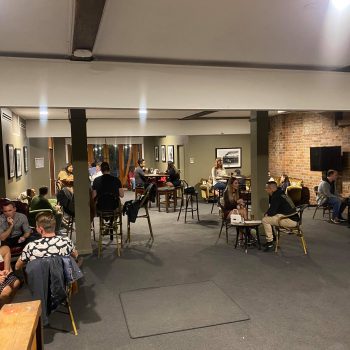 Event Details
0
Related Events
You might also love these events. 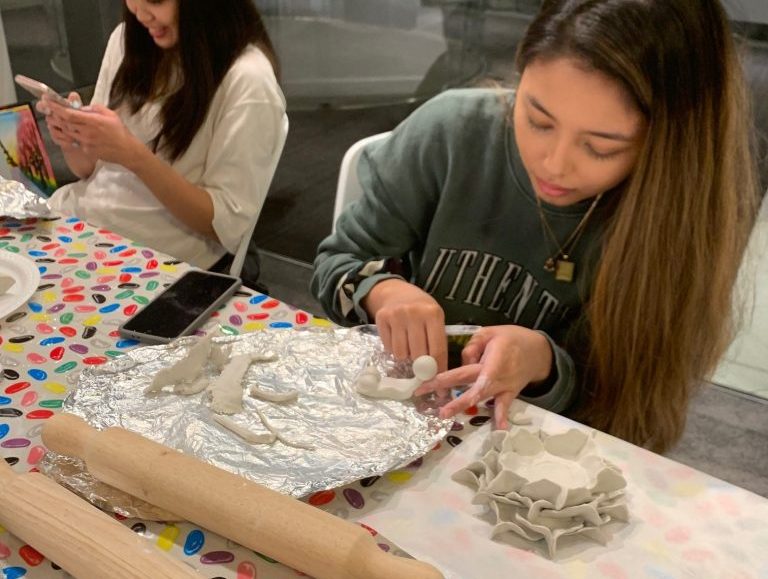 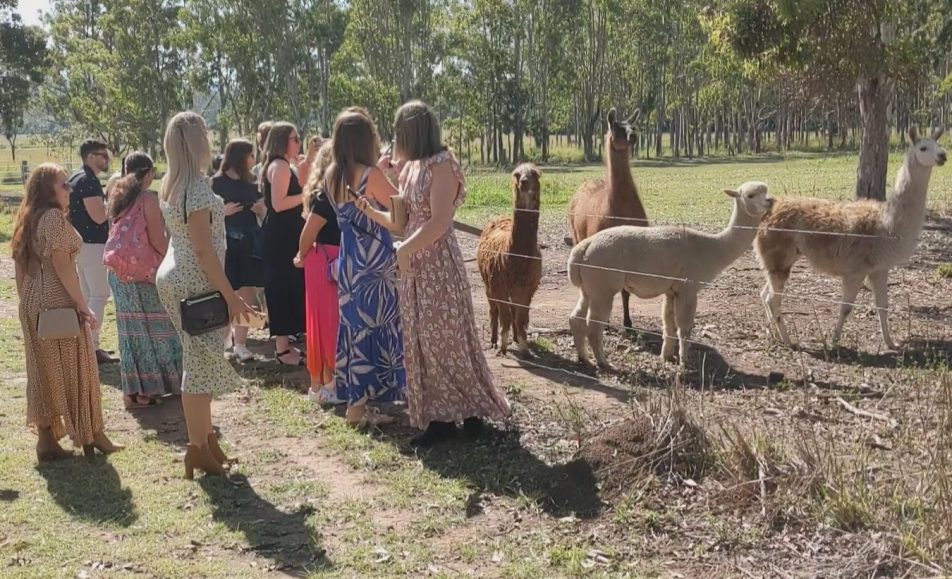 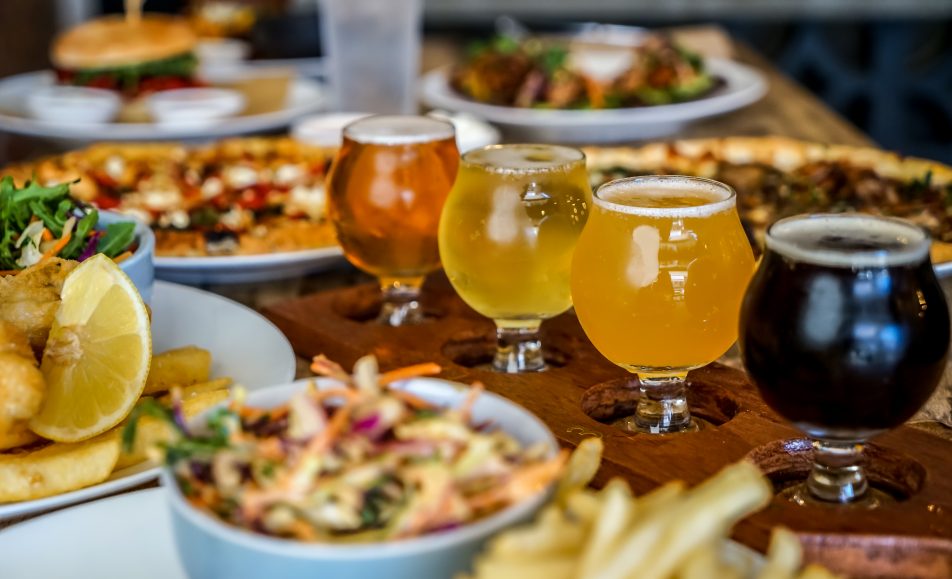